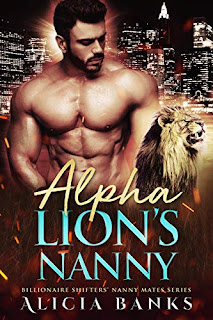 On the night that Caspien lost everything, Georgia was introduced to a whole new world of possibilities.
Caspien
My life was as it should be. I had a wife, I had a couple of heirs, everything was good. I didn’t have love, but that was to be expected.
Then tragedy struck. My life was turned upside down and my wife and children were killed.
I was left with one son out of four children. One son to carry on our name and lead the pride.
I also gained diabolical enemies. I didn’t know who they were though, so I couldn’t trust anyone.
I went outside my kind and world, to find care for my son. Fate brought me Georgia.
She was light-hearted, beautiful, and had an innocence that set my heart on fire. She was also human and off-limits.
I fantasized about the new nanny, knowing it could never be, but wanting her, nonetheless.
Georgia
A strange occurrence in Mexico, like finding a small lion in the forest, opened my eyes to a world I didn’t understand. It also opened me up to love.
Then, the baby cub was ripped from my hands, and I knew loss.
I left my island paradise and thought of that cub for the next couple of years. It was only when I started working for Caspien, taking care of his son Dennis, that all those feelings came back. For the son, then other feelings for the father.
Caspien was a force to be reckoned with. Taller than most, broad in the shoulders, with arms that were like small tree trunks. Every part of him screamed for my attention, and he got it, every last bit of it.
One night changed everything. I slipped into his bedroom, hoping for comfort and getting so much more.
A few weeks later, I learned the truth about Caspien. Of what he was. I knew then that I had to get away. The love I felt was a lie. Or I had simply fallen for a monster.
Caspien and Georgia both have to get past their own prejudice, as well as combat a deadly enemy that wants to end them all. Georgia has no idea what she has gotten herself into, and Caspien only wants to keep her safe.
If he succeeds, will Georgia give him a chance, now that she knows what he truly is? How can she possibly accept him?