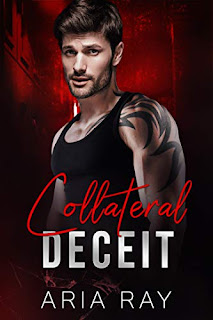 Andrei Nikolaev has destroyed my life. Now, I’m going to destroy his.
The mob killed my sister and took my niece.
And now, the ruthless mafia enforcer has claimed me as collateral.
I’m his until my parents pay the debt.
Andrei Nikolaev is dark and dangerous.
A cold-blooded killer.
A cruel monster I should be terrified by.
He thinks he owns me, but I have a secret.
And if he discovers what I’m hiding, it’ll be the end of me.
But if he doesn’t -- he’ll lose everything.
Forced to play a game of hate and lust, we’re on a lethal trajectory. Andrei says he’ll protect me, but can he protect me when his world is falling apart?
When a young woman infiltrates the mafia with an exact plan of action, falling in love with a handsome mafia enforcer is the last thing on her mind.
Andrei Nikolaev only cares about the Bratva until he meets her and she turns his world upside down.
Amazon.com