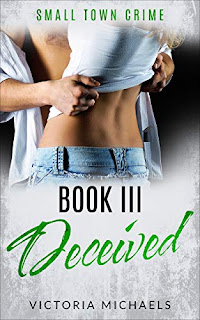 Life can change in a moment...
In the months since her husband had been murdered, two men had asked Darci Jorgenson out, but she had never got the chance to extend the relationship. And someone had clearly left nails on her driveway causing her to get a flat. Was it all just a macabre coincidence or did this have something to do with Ted’s death? No, it couldn’t be…what about Curtis? She had had a relationship with Curtis, the far too obsessive police officer Darci had welcomed into her bed the night of her husband’s death. That would have continued without a hitch if Darci hadn’t shut things down. She was just not ready for something that intense.
As Darci starts to adjust to her new life as a widow, she seeks out new adventures and hobbies to try to get her mind off the trauma that has occurred in her life. It has been over a year since Ted’s passing, and after her best friend Sylvia convinces her to take a social dance class, Darci meets the smart, handsome Robert Trent. She soon finds herself interested in him, and him in her. Can she finally have a relationship work?
And what about Curtis, who always seems to be lurking in the shadows?