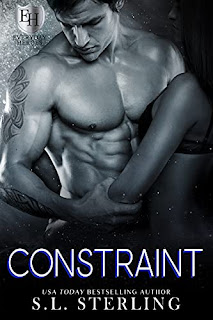 Bailey Scott had been my world from the time I was fifteen. I had always thought we could make it through whatever life threw at us. But I was wrong.

Everything changed in an instant on that Fourth of July weekend, five years ago. Her brother had been shot and killed in the line of duty that weekend, and his killer had gotten away. I spent my days buried in work trying to track down his killer, while she sat at home blaming everyone for what had happened, including me, his partner. Unfortunately, the blame drove a rift between us that neither of us knew how to fix, ending our relationship.

I was always told that time healed everything. It had been five years. In that time, I spent my days at work, my nights with women trying to release the hold Bailey still had on me, all the guilt I’ve felt from that night, that it should have been me and not him who was taken that day.

Then one night I was called to Hooligan’s Bar to break up another bar fight. That was when I saw her, Bailey Scott, the girl who’d ripped my heart out. She had finally returned, and from the time I’d laid eyes on her, I knew I would have to do whatever it took to win her back.