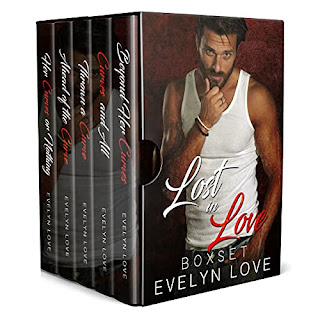 From the Author of the Bestselling Romance Action Thriller Series, “Lost in Love” — From Enemies to Lovers, Will They, or Won’t They Get Their Fairytale Ending? Keep Reading!

She called the cops on him. And then they fell in love.

Frances didn’t know what she was getting herself into. She hasn’t seen her father, Charles, for the longest time. But when he went silent on her after sending a distressing message, Frances knew something was off.

What she didn’t bank on was seeing his house empty and abandoned when she arrived. Meeting a tall, slick, broad-shouldered Drake perusing the scene, even less so. Severe words were exchanged, which caused Frances to run out and call the cops on him.

Little did both of them know that was just the beginning of a steamy love affair amid utter uncertainty.

Will Frances ever find Charles?

Will she ever make sense of why Drake was in her father’s house in the first place?

Is their love story doomed from the very beginning?

Find out for yourself in “Beyond Her Curves” by prolific romance action-thriller author Evelyn Love!

In this compelling suspense adventure, readers will:

It doesn’t matter what anyone thinks. Frances and Drake have crossed paths. And they’ll soon find out how hard it is to untangle themselves from each other’s webs.