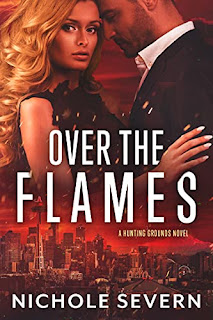 She’s a journalist who always gets her story.
He’s an FBI agent who’ll die to keep her safe.
Their divorce is final, but a killer will ensure their future ends in flames.
When investigative journalist Arden Olsen discovers her mentor’s smoldering remains, she’s determined to expose the killer. But the FBI’s lead case agent will do whatever it takes to keep her from getting involved.
FBI Special Agent Lawson Mitchell has been burned before—by the media and by Arden. He knows she’s not going to let the story go, so as the killer escalates, keeping his ex-wife close is the only way to keep her safe.
As one of the most vengeful serial killers he’s ever hunted closes in, Lawson realizes he can’t change the past, but he can damned well show Arden they still have a future.