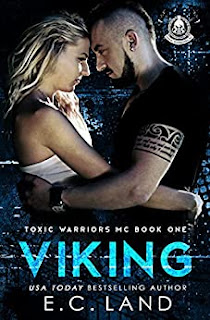 Viking
She was mine before she even knew it. I claimed her the day she turned eighteen. I knew the second I saw her I wanted Fawn to be mine, so I laid down the law and ensured any brother, near or far would never even glance in her direction. She’s ran from me long enough, but now it’s time to take what’s mine. She’s not a teenager anymore but instead she’s a woman. A woman who’s experienced life, who partied in college, travelled, not to mention many other things. I’ve given her space to grow and now it’s time she comes home. Still, Fawn wants to run. She wants to get far away from the club life, but as a creep comes out of the woodwork and starts stalking her, she turns to me for help. I’ll do anything for her, even if she tries to keep running. With any luck through this she’ll realize she’s only meant to be one place—by my side.