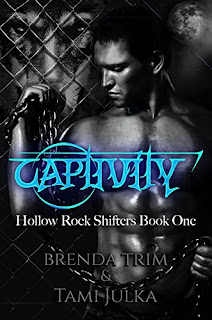 Lawson Scott has been a prisoner for three years. He's been subjected to torture, degradation, and numerous tests by humans wanting shifter blood. He's convinced he will spend the remainder of his life chained to a wall until sexy scientist, Liv Kimbro, is assigned to his case. She's the first human to show an ounce of compassion and their attraction is combustible despite his disdain for her species. An escape plan unfolds and Lawson sees how far Liv will go to set him free. Passion erupts and raw, primal need is unleashed when they succumb to their desire for one another.
Will Lawson reach his safe haven and find a life mate when Liv captures his heart or will their differences destroy them and everyone he loves?