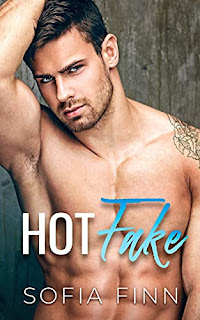 3 Rules of a fake marriage:
No touching.
No kissing.
Don’t get knocked up.
When I bumped into my chiseled hot-bod best friend after fifteen years, I knew I was doomed.
He probably thought I was a hot mess.
30s, unmarried, and still stuck in this boring small town.
But then came his offer:
Pretend to be his wife for two months.
He gets his massive inheritance.
I get a chance to make my ex jealous.
Win-win.
He told me that true love doesn't exist.
But I believe in happily-ever-after.
The moment he says “I do” and claims me with those piercing ocean blue eyes,
I know playing it cool with him is not gonna be easy.
Now with a little “surprise” popping out in nine months, this fake marriage is about to get pretty damn real…