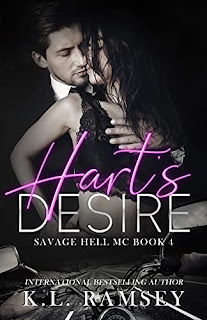 Meeting his mysterious new client in a quiet, dark alley wasn’t Jackson Hart’s best idea, but the guy insisted. When his client turned out to be a sexy blond who was running from her ex-husband, he knew he had gotten in over his head. Opening his own detective agency was a dream come true and sometimes, he had to help his clients fight their nightmares. That was exactly what he planned on doing for Shannon Lewis and her kid—save them both from her nightmare of an ex.
Shannon wasn’t sure how she’d break free from her ex, Damion, but she had to find a way. Keeping her two-year-old daughter safe from him was her only goal. She knew that her ex had embezzled from the company that they had started together and was just waiting for her day in court to prove it. When Damion kidnapped their daughter and kept her for two days, only returning her with the demand that Shannon drop her case against him, she knew she couldn’t sit by and do nothing for much longer. Her friend gave her the number for a detective agency and Shannon set up a meeting with the owner, Hart. She didn’t plan on him being so hot and willing to help her, but not using his agency wasn’t an option. Shannon would just have to get her girl parts in check because sleeping with her new security detail wasn’t going to happen—at least, not if she could help it.
Hart’s Desire is book four of the Savage Hell MC series by K.L. Ramsey.