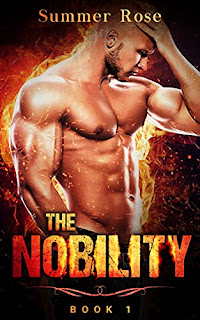 What Would You Do If Rumors of Your Powerful Enemies Are Circulating? See How Rowann and His Friends Respond to The Unsettling Rumors in This Luxurious Book!

It’s only a matter of time before Rowan has to set up his own smithy and leave Swanford for good.

Furthermore, Rowan’s relationship with Cedany has yet to take another step.

But things are not very easy what with her father’s hopes of sending her off to a man of a better social standing and her Lady’s request that Cedany, along with the other maidservants, remain a maiden until the Lady herself has found her man

Creatures of the night have become more restless up north: the usual bandits, Goblins, but worst of all, the Eorfleode– Boar-men, said to have been making some appearances despite being a legendary tale just a while ago.

Rowan and his friends take the chance of having a night out and sharing a pint or two at the tavern only to come across a heated debate whether the Duke ought to pave a way in that area to make it much more secure for the villagers or not since it is all but a rumor.

What could this mean to Rowan and the other young villagers who planned a smooth-sailing future?

Find out what becomes of the two lovers in this Ravishing, Passionate, Action-Packed, Heartfelt, Demon-Shifting Romance Novel “The Nobility Book 1” by Summer Rose
In this book, you will:

Witness Swanford’s Fate: Rumors about the creatures are circulating and if it’s true, Swanford is about to turn upside down

Become Rowan’s Friend: Hear Rowan’s thoughts about Cedany and what his future plans are for their relationship

With an intriguing storyline and a hint of romance, The Nobility Book #1 is the start of an exciting historical fiction series that will surely keep you up all night!