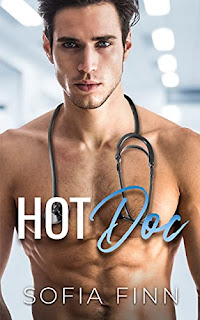 My new grumpy boss is my ex's brother.
Little does he know he knocked me up three years ago.
Dr. Cage is an ex-military man.
Always in control.
He fires anyone who tries to flirt with him.
That prick doc thinks I ruined his brother's life.
He tried to destroy mine when he found out about my three-year-old secret...
As an uncle, he thinks I'm not fit to be a mother to his niece.
He's giving me two months to prove him wrong.
He’s willing to use his power to fight for custody.
No way am I losing my daughter.
But when his intense blue eyes lock into mine,
I know I have to feel the weight of his rock-hard body one more time.
Maybe he won’t fire me if I tell him he’s “Daddy”…

Hot Doc is a standalone enemies-to-lovers, second chance romance full of heat, angst, and heart-pounding moments that will have you swooning with happily-ever-after! No cheating. No cliffhangers.