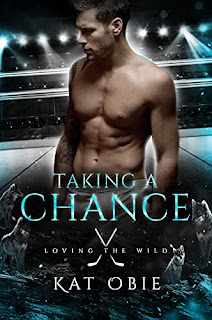 Finding a mate was never part of the plan, but fate had other ideas.

After walking away from a professional hockey career five years ago, Dez never imagined playing in the NHL again. The world thought that his retirement was due to a personal tragedy—-but in reality, it was because hiding true werewolf nature was becoming more and more difficult. But then he gets an offer he can’t resist, to play hockey with a team of shifters, in a world that has no clue that werewolves and vampires exist.

Scarlet loves working with the Minneapolis Wild, even if the team can be difficult at times. When high school crush Dez joins the team she can’t fight the attraction to him, even though she knows getting together with a hockey player will be career suicide.

Dez fights the mating bond that draws him to Scarlet. He doesn’t want to turn her into a monster like him.
Settle in to see how Dez and Scarlet find their happily ever after, on and off the ice.

If you love werewolves and hockey romances, this is the book for you.