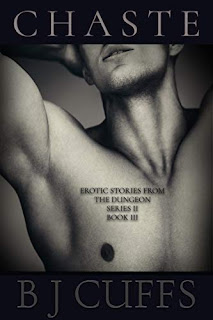 As a Librarian by day and Mistress by night, you could say that I lead a double life.

The library patrons I reserve books for wouldn’t believe that I peg men at night, and my clients at The Dungeon have no idea that I’m a book nerd.

I’ll show him the ways of Female Domination, slowly but surely molding him into the perfect submissive male.

He’ll surrender his orgasm to me whether he likes it or not.

Unfortunately for me, however, he’s still a flawed human being.

I’m also a woman who has needs that aren’t being met in my personal life.

I know what the key to his success is, though.

Some men are locked up for a day or two.

Others, a week or more.

Chad’s addiction puts him into the third category: permanent chastity.

I’ll try to refrain from going that far, but if he can’t refrain from touching himself so much, then what other choice will I have?