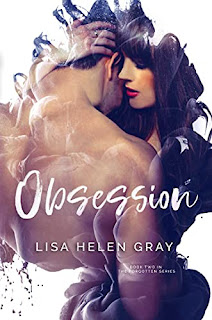 Danni Carter has a stalker, and it’s tearing her world apart.
What starts off as meaningless prank calls, soon turns into something Danni can no longer ignore.
When his pursuit of Danni intensifies, Nate Mathews steps in and offers her a place to stay. Only, Danni Carter has been avoiding him since the night he rejected her so many years ago.
He’s her brother’s best friend.
Her childhood crush.
However, Nate Mathews is relentless, and soon, Danni finds herself in the middle of two men.
One who wants to make her his, and another who thinks she’s already his.
Her stalker has plans for Danni, and Nate isn’t one of them. And he's a threat to anyone who dares get in his way.
One is infatuated.
One is obsessed.
And as everyone knows: any obsession is dangerous.