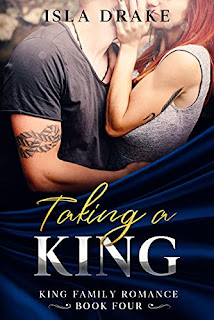 Being raised by four older brothers in a town as small as Oak Hill can sometimes put a damper on your love life. Just saying. They've always looked out for me and I love them for it. But they're also overprotective and a little meddlesome at times. It can make it difficult to meet guys.
Which is probably why the only guy I've ever had real feelings for also happens to be one of my older brother's marine buddies. It's also why I've kept my relationship—if you can call it that—a secret. Do secret texts, phone calls and letters equal a relationship?
It was all so simple while Garrett was stationed overseas. I worried about him getting blown up, but I never had to worry about one of my brothers killing him. Now that he's coming home though, I have to face the music...and my brothers. Because now that we can finally be together, nothing is going to stop me from having my way with him. Especially not my overbearing brothers.
I just hope Garrett feels the same. Is what we have strong enough to withstand my bull-headed family? Or will this thing between us fizzle out once we're finally together?