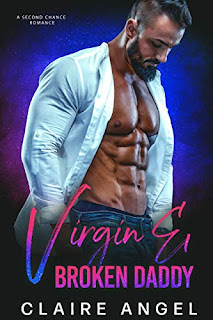 A broken heart and a broken promise…brought Adam and Siena into each other’s lives. He was reeling from a broken marriage, and she was hiding from a marriage proposal from hell.
ADAM SHAW
Candice ripped out my heart, and stomped on it! How would I ever trust another woman again?
I dated, but the women were all beige.
When I was certain that all was lost, she dropped into my arms, literally, like a fallen angel.
I couldn’t live with myself if I left her there on the cold cement, vulnerable and possibly injured. Time to step up.
It would take some explaining to my twins, but the beautiful Italian Siena won them over with pizza and kindness.
Even my mother thought she was the bomb—not that I was a mama's boy.
SIENA LUCA
I had to get the hell out of Italy. What were my parents thinking? Did they secretly hate me? Promised to an old man, a pervert, no less, who made my skin crawl, I had no choice but to leave.
America was a new beginning for me. But life never takes you where you expect it to. The last thing I remembered before I hit the ground with a thud, was a mugger running off with my bag. My whole life was in that bloody bag.
Strange town, unfamiliar country, new continent no less. I found myself in all sorts of unhappy.
Then he saved me. He was strong, kind, sexy!
With so much baggage to unpack, would the two find love in an unexpected place, or would tragedy rip them apart? Only time would tell.