Always Be My Forever 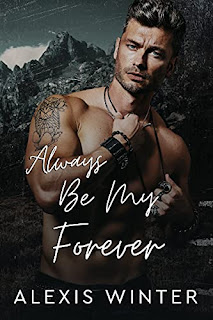 Always Be My Forever

I was eight years old when I fell in love with August Belmore.
Eighteen the first time our lips touched.
Thirty-three when I became the bastard that broke her heart.
The trail of my fingertips across her warm skin.
Secret rendezvous in my truck.
My name tumbling from her lips.
Now, I’m only left with the haunting memories of what could have been.
Just one more touch, one more taste—but it was never enough.
She wasn’t just a drug, she was an addiction that I didn’t want to get over.
We’ve done this flirting dance for years.
But every time we crossed the line, I left no trace of ever being there.
Trust me, it wasn’t the passion and desire we couldn’t get right, we nailed that down over and over again.
It was everything in between, all the important stuff.

But somewhere between stolen kisses in parking lots and drunken confessions about the things we wanted to do to each other…I became consumed with the lie that she’d always be there.

By the time I realize what’s been in front of me this entire time, it’s too late.
Another man’s ring is on her finger.
And I’m left waking up to my worst nightmare—that I’ve lost her forever.

This third installment in the Men of Rocky Mountain Series will once again have you feeling all the feels, cheering these lovebirds on and getting swept away in their steamy love affair. No cheating, cliff-hangers and of course a satisfying happily ever after. Each book in this series can be read as a stand-alone.