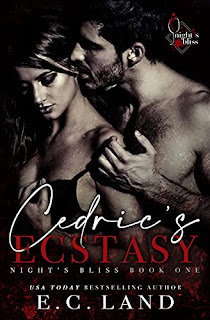 I found her beaten, broken, and abused . . . and I want her.CedricShe was bleeding out behind a dumpster and somehow, for some reason, fate must’ve wanted me to find her before it was too late. Even though blood was covering her face, I could see past the grime, see the beauty lying underneath. I didn’t know anything about Arwen, but one thing I did know is what was done to her was unacceptable.I did the only thing I could. I took her to Finley and told her we’d have no choice but protect her. I think Finley knew back then something was different about Arwen and the way I looked at her, but none of us had any clue what was coming our way.We had no idea about the war coming, or that our own would be hurt while keeping Arwen safe.We didn’t have a clue, and I sure as fuck didn’t have any idea how hard I’d fall for her.