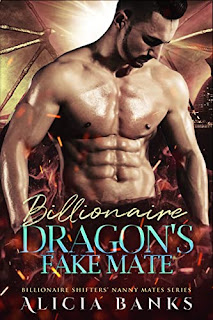 Troy saved her from madness and certain death. Then, he saved her again, making her his fake mate for protection. It was how Troy rescued Maxine’s heart though, that made her really see the power of her Alpha.
Maxine
I, a human, was sent out to the front lines of a dragonkin war, surrounded by mere children.
It was to be a sure death, until Troy passed my burnt body and saved me with a rare flower.
I was afraid of Troy, quickly finding out that he was the Alpha of my enemy.
He was known to be a reckless billionaire in his human form and a rude, savage and powerful monster in his dragonkin life.
Troy wanted to save me from the dungeon as well, but that price would be higher to pay.
We would have to be mated, and then I would be his property.
I didn’t want to be punished, but somehow, being owned by a dominate jerk like Troy seemed more dangerous.
How did I know that Maxine was the one? I saw her, wanted her, would have done anything to have her. Simple.
Troy
I’d seen many women, beautiful women, who had fallen in the war with Clan Keaton.
It was a shame but part of my reality.
Seeing Maxine though, lying there in pain, I knew that I had to do something, was meant to do something.
Things progressed and seeing her about to be whipped was too much.
My mouth overran everything, and I told the Elders that she was to not be touched.
Maxine was to be my new mate.
I didn’t think about my old mate who had died two years prior, or about my kids who were sure to want answers.
All I was thinking about was Maxine’s bewitching green eyes that pulled me in.
I wasn’t sure the reason for my feelings for her, but I knew that they had to be for something.
I’d never felt this way before, and I never wanted it to end. I didn’t care how many lies I had to tell. Maxine was going to stay by my side, enemy or not. I was never going to let her go.

Posted by Dark Inferno at 23:31 No comments: 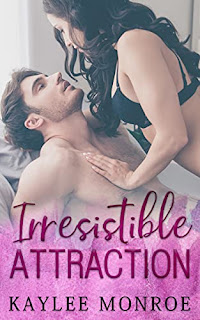 George Pallas . . . sexy, swoony, and a man who had the ability to break my heart. If I let him.
I met George at a conference two years ago, and after a steamy night together he’d disappeared on me. Fast forward to his brother’s wedding, where he’s the best man and I’m the maid of honor—Yeah, I didn’t see that one coming, either! He looks just as sexy and gorgeous, if not more so, but talk about an awkward situation.
Oh, and did I forget to mention that he’s just been hired on as a vet at the veterinary practice where I work?
But despite all that, neither one of us can forget that night we spent together . . . and we find ourselves spending a few more heated evenings between the sheets. We both swear it’s nothing but a convenient friends-with-benefits situation, until I find myself falling hard and fast for the irresistible charmer—a man who doesn’t do long term, committed relationships.
Will I be his first . . . or will I end up with my heart in pieces?

Posted by Dark Inferno at 23:17 No comments: 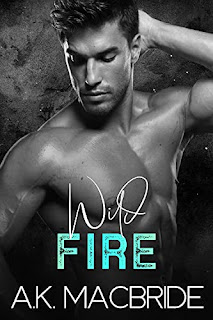 Everyone has that one person who makes their skin crawl with irritation.

When you see them, you just want to high five them… in the face.

For me, that's Gage Calloway.

Everyone else might think he’s Mr. Wonderful, but I know better.

And if I never have to set eyes on him again, it would be too soon.

Unfortunately, the universe likes to torment me.

When my bakery catches fire, he is the one to pull me out.

And when my little kitchen needs rebuilding? One guess who's assigned to do that job?

I have no idea how I am going to get through the next few months of having him in my space all the time.

Especially when my heart doesn't hate him at all.

Posted by Dark Inferno at 23:08 No comments: 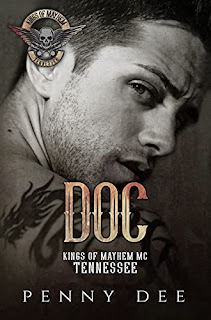 Sometimes love grows in the darkest of places…
One tragic night took the only good thing in my life from me and set me on a new path. A path that eventually led me here, to the Kings of Mayhem Motorcycle Club in Tennessee.
They call me Doc because that is what I am, even if the law says I can’t be. I’m inked head to toe, ride a Harley and wear a cut, but my love for medicine is the blood in my veins.
I don’t need liquor and I don’t need women. By choice, I haven't touched a woman in years. Guilt has shaped me into a lonely figure. Love is a fable and touch makes me uncomfortable.
But when a rival club decides I have what they need and abduct me off the street, I come face to face with the last damn thing I need—the woman of my dreams.
She’s the enemy. The daughter of our biggest rival. The odds are against us, yet I’m drawn to her like a moth to the flame. I don’t like to be touched but I want her to touch me.
Chances are I’m not getting out of this alive. But when I have her in my arms, I can’t help but feel like my life is just beginning.
Sometimes love can grow in the darkest of places.
But then again, it can crash and burn too.

Posted by Dark Inferno at 22:59 No comments: 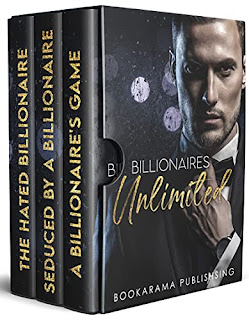 Billionaires always get what they want.
We play with a different set of rules.
With our status and power, we don’t ask for anything.
We take it.
We want the good girl.
She’s intoxicating. Playful. Beautiful.
She plays nice, but she can also play naughty.
We like a challenge.
She’s going to lust for us.
Screaming our names.
She’ll beg for more.
These girls are going to get an experience they’ll never forget...
The Billionaires Unlimited Box set:
Three feisty heroines. Three smoking hot billionaires ready to show you a wild ride.
Three billionaire romances. No cheating. No cliffhangers. HEA guaranteed!

Posted by Dark Inferno at 23:52 No comments: 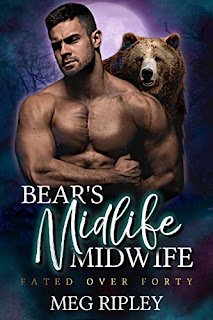 “I can’t get the authorities involved in this,” he pleaded, his brows drawing together.
“I need you.”
When I got divorced and moved to the quiet Oregon countryside,
The last thing I expected was for a hot stranger to pound on my door,
Demanding I go with him in the middle of the night.
His sister-in-law’s in labor, and he swears she’s on death’s door.
The weirder part?
I’m not allowed to tell anyone what I’m about to see.
This has WTF written all over it, but I took an oath to help.
Looks like my cozy sweats, wine, and the remote will have to wait.
Even after delivering babies for decades,
Nothing could prepare me for this.
Good god, the kid is hairy,
And the ears, the eyes...they’re all wrong.
Because I didn’t just deliver a baby.
I delivered a freaking bear cub.
Apparently, these folks are shapeshifters,
And us humans aren’t supposed to know their secret.
Now, some of these bear-people want me dead.
That hunky stranger is now my bodyguard,
And we’ve gotten very close living under my tiny roof.
Am I ready to jump into a relationship with another man?
Especially one that can change into a bear?

Posted by Dark Inferno at 23:42 No comments: 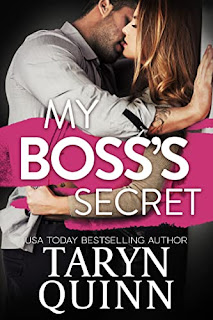 Sleeping with the hottest mystery man ever was my ultimate fantasy, until he became my boss…

I’m a good girl, the kind who didn’t hesitate to say yes to my beloved grandmother’s request to go with her to Fiji after she broke up with her fiancé.
Sun, sand, relaxation, who would say no?
But I never expected to meet a handsome, exciting stranger who wanted to give me the world.
Passion, mystery, so much pleasure, all at my fingertips.
For a night, I was his fairy tale Cinderella. But then the no strings we’d agreed on became awful sticky when I found out he’s my boss’s best friend and a powerful, millionaire divorce attorney to boot.
So, I ran. And I regretted it every second since.
The next time we met, it was outside my office building. He saved me from a fall, and for an instant, I was his Cinderella once again.
But he had a secret: he was going to be my new boss.
He wanted more from me. Everything. And this time, he wasn’t letting me go.

Posted by Dark Inferno at 23:29 No comments: