Diary of a Curvy Girl - Sunday 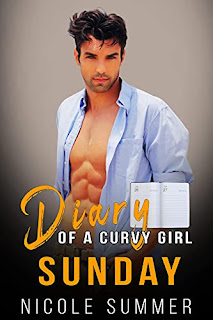 Diary of a Curvy Girl - SUNDAY

Zoey wants to move on…

…but Mark her ex isn’t making it easy.

And now the success of her business could be in his hands!

Zoey is really trying. She really is. But her ex just won’t let her move on with her life. She still loves him, she thinks. But his past decisions have messed with her mind. On top of that, her bistro is in trouble. Her best friend has an idea. An idea that feels like someone has just punched her in the gut.

Will she agree to the suggestion of her best friend?

If she wants her bistro to survive, she needs to pull out all the stops and do what needs to be done. Even if it means going against every bone in her body. This could get messy. Real messy.

How should Zoey play this?

You’ll love this short stand-alone, second chance, hot and steamy, small town romance because it’s filled with enough conflict to keep you guessing the outcome until the end. Comes with HEA and No Cliffhangers!