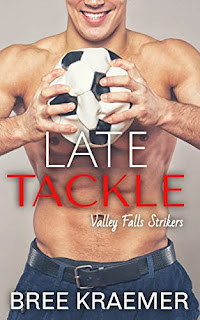 When Cooper Holland, soccer star extraordinaire, needs a date for his sister’s wedding, he enlists the help of his teammates.
Set-ups aren’t his style, but he’s desperate.
He’s looking for a sweet, homey, girl next door type.
Only Mae Nelson is anything but the girl next door.
She’s loud, talkative, and asks so many questions that his head is ready to explode.
And not the good head.
Mae had no idea who Cooper was when she agreed to go out with him. He’s brooding, quiet, and scowls so much she thinks his face might be permanently stuck like that.
He’s not at all her type.
Agreeing to move on, they go their separate ways.
That is until she runs into him at a coffee shop...three days in a row. Each time, she finds him more attractive, more engaging.
And now, she can’t stop thinking about him. Wanting him.
So they strike a deal. She’ll go to the wedding with him and they’ll pretend they’re dating to make his sister happy.
Because fake dating always works.
Except, they never make it to the fake dating part before things get out of hand.
Way out of hand.