Can I Come Over? 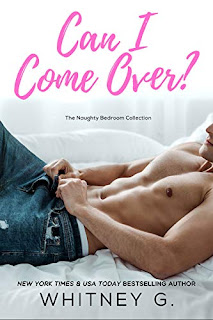 Can I Come Over?

It all started with a sex scene...

Well, I was failing to write a sex scene.

As an author of over fifty smut books, I was struggling to do what I did best. So, for fun, I asked one of my best online friends for some help.

I really shouldn't have done that...

He wrote the scene far better than I ever could, and seven months of platonic, yet-flirty friendship were wiped away in ten minutes.

He asked to meet me in person...

We'd previously agreed to keep things digital, to remain faceless friends--since he was forty-two, and I was twenty-six, but neither of us could resist.

When I saw him at the airport, I was instantly attracted to him.

But I knew, right then and there, that we could never be.

Turns out that the man I'd been talking to for the past several months is the last person I expected.

The last person I should ever think about...