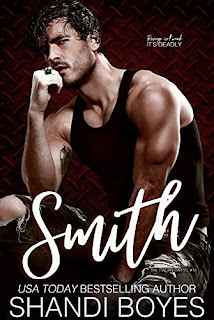 In the world of a hacker, computer malfunctions are common, but more times than not, fixable.

Regretfully the same can’t be said for humans. One night of betrayal saw my system corrupted with a virus that still gives me hell years later.

I thought Ellie Gould was every nerds’ wet dream. She was smart, beautiful, and when she smiled, my system fried. But it turns out Ellie wasn’t looking for a remake of Beauty and the Geek. She was a federal agent doing anything to get her mark, except I wasn’t her target, and neither was my employee who heads the Italian Cartel.

I could have overlooked the fact she lied from the moment we met if I hadn’t stumbled onto footage of her leaving the bed of a fellow agent five months into our relationship.

Unfaithfulness can’t be overridden, and neither can the glitch Ellie’s betrayal caused.

I just need to remind myself of that when her reentrance into my life has me considering a remodel.

Every system improves from a revision, but can Ellie and I survive version 1.0?

Smith is book ten in the highly anticipated Italian Cartel series. Although it is a standalone, its storyline interweaves with previous books, so you may get lost if you start here. It is about a nerdy guy who fell in love with a prom queen, and the consequences that followed that.