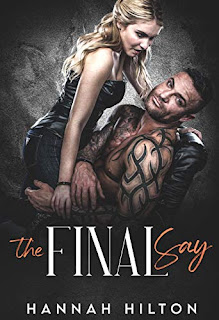 The past never looked so good…but can the truth destroy what we have?
I know he is a good man…a fine specimen and an attentive lover. He tells me everything I want to hear. I want to believe we can have a life together.
Bryan is trying to fool me. He thinks I won’t know. Nothing is going to be right until I can rid myself of the past. It haunts me. What they did to me is inexcusable.
At least Cameron is trying to show me the goodness inside. Yet, the same thing can be said for Bryan. He wants a second chance. Pretending to put on a brave face is hard.
Bryan’s idea of making up for the way he treated me is to do it all over again.
The idea of going back to who I was scares me. Letting him back in would be easy.
They act like little boys—like I’m some kind of trophy..
Things are going to get worse before they get better. I deserve to find happiness. It remains to be seen if I can find it. Cameron is the one that got away.
When will it all stop? How can I choose Cameron? Why should I give in to those overwhelming feelings? Bryan is never going to let me go. I see that now.
What will it take to finally cut the cord and move forward?