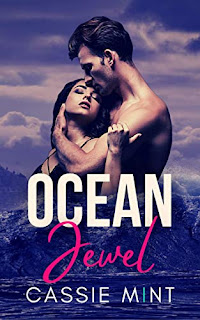 My older brother means the world to me. I owe him everything.

But if he knew the filthy daydreams I have of his best friend… he’d never look at me the same way.

Damian is steady. Rugged and manly. Tailor-made to make me sigh. So when my brother invites me on a sailing trip and says Damian will be there…

I can’t resist. I need him near.

It’s silly. Because when Damian looks at me, he still sees a little girl. So I’m stuck out on the ocean with only my sketchbook to console me, drawing us together as I wish it could be.

Desperate. Primal. Nothing between us but skin.

Except I’m careless with my sketchbook. I leave it lying around on deck. And soon Damian looks at me differently, too.

But too tempting to resist.

Ocean Jewel is a short and steamy instalove romance. Contains a protective alpha hero, a determined younger heroine, and all the delicious longing of forbidden love.