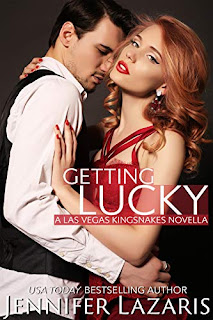 This hockey player has sworn off love for good, but sometimes fate has other plans...
Seven years ago, tragedy stole everything from hockey star Ryder O’Bryan. He’s coped by shutting down emotionally and maintaining strict control over everything in his life. He vows that the only commitment he’ll ever make is to the game, because he’s done with love.
When straight-laced Zoe Miller shows up at Callahan’s bar, Ryder is instantly charmed by the sweet, pretty redhead. After giving her a ride home, he’s surprised to learn she has an agenda: a one-night stand with no strings attached.
After spending the night together, Ryder wants to see her again, but Zoe won’t settle for being just one of the many women he spends time with—she wants more. Unable to reach a compromise, they go their separate ways.
Fate leads them back into each other’s lives again, and this time Ryder's intent on winning her over, but Zoe's determined to guard her heart against the charming hockey forward with the awesome tattoos and killer smile.
If Ryder can somehow manage to confront his own tragic past and break down Zoe’s walls, he might find himself finally getting lucky again—in life and in love.