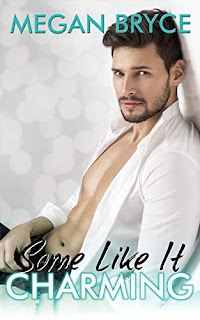 Mackenzie Wyatt believes in two things: herself and her plan. And her plan is to keep her head down and to work hard until she can retire. Never mind that she doesn't know what she'll do once she retires– at least she won't be working for the man anymore. Because even though he's a gorgeous man, he's still her boss and he likes to push her buttons.
Ethan Howell O'Connor's charmed life comes to a screeching halt after his latest ex-girlfriend starts a fashionable trend in talking to the tabloids. Now all of Ethan's old girlfriends are talking to the press, ruining his reputation, and wiping that charming smile right off his face. The only person who can brighten his black mood is the same person who can annoy him to kingdom come. He and Mackenzie have feuded since the day she was hired but now Ethan's starting to realize: maybe those sparks were hiding a blazing fire.
Mackenzie's about to find out that sometimes a gorgeous man can come up with a plan all his own, and it's a given that it'll mess hers up...