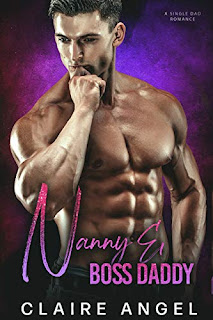 Brad Stone wasn’t expecting a drop-dead gorgeous woman. He thought nannies were supposed to be older and frumpish, but this woman would prove him wrong.
BRAD STONE
I needed a nanny for my children. Hope Carter seemed to be the best candidate for the job. Young, beautiful, kind, and full of energy, she fit right into our lives.
The biggest problem, of course, wasn’t her hippy appearance, or her spunk. Hope was too damn perfect and insanely doable.
The woman made my knees weak every time she came anywhere near me.
Sleeping with my children’s nanny was a bad idea. But bad ideas were the least of my worries.
Lillian flew in on her broomstick and turned my life upside down.
Life had just become a series of disasters.
I had no idea how I would dig myself out of the gaping hole I’d stepped into.
HOPE CARTER
The fact that he was fabulously wealthy and handsome as all hell, may have had something to do with my decision.
But, Brad was also bossy.
A big obstacle to a woman like me who hated being told what to do.
Throw in a contentious housekeeper and an ex-wife from hell, and you have yourself a recipe for disaster.
But I couldn’t help myself.
I wanted Brad from the first time I laid eyes on his tight ass.
My mind and my body fought against each other, but ultimately, I knew who’d win.
Did he employ her because she was good for his children, or because she stirred his desire? Was their intense physical attraction enough to overcome serious baggage?