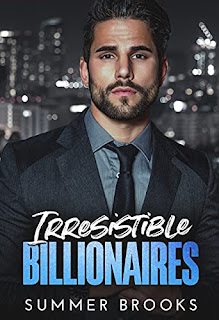 Meet these three irresistible men, their forbidden women, and discover how they fall in love… against all odds.
If you’re a fan of office romances, fake relationships, and friends turning into lovers, you’re in for a steamy surprise that will leave you asking for more.
Books included:
Her Fake Engagement
I’m sort of a train wreck.
More like a dumpster fire traveling on a bullet train and headed straight for a fireworks factory.
But it’s not all my fault.
Zach was my sworn enemy, but I secretly had a crush on him.
I never thought I’d end up marrying him… fake marrying him.
He needed his inheritance and I needed to fulfill my dad’s last wish.
Yes, we had a contract.
No falling in love.
No backing out.
No causing unnecessary drama.
But as it turned out, drama was just the beginning of this elaborate mess.
His Next Door Neighbor
Rule #1: Best friends don’t fall in love with each other.
That’s some sort of cosmic best friend code.
I think Logan missed that memo when he moved in next door to me.
He’s stubborn, incredibly rich, and burn your panties right off of you hot.
And he’s got a perfect plan to make me fall in love.
I wonder if he’s made room in it for diapers and a car seat.
When the two lines show, and the word pregnancy escapes my lips, there’s going to be more than just hot chemistry to think about.
Her Filthy Rich Boss
I’m exhausted.
I’m confused.
And even though my boss is a jerk, I’m still fantasizing about him.
Come on, who wouldn’t?
He’s not only a celebrity real estate broker but pretty much everything a woman finds hot in a guy.
Billionaire, playboy, gorgeous, insanely arrogant.
I tried to resist. I tried to lie to myself.
But I wouldn’t be a modern-day single girl if I listened to my intuition.
My job is to help him improve his reputation while holding a secret that will probably destroy it – my pregnancy!
He cannot find out.
Not yet.
Not until I can figure out how to tell him that his frazzled, short-tempered, hot-headed assistant is carrying the heir to his entire kingdom.
If you love passion, angst, and drool-worthy HEAs, grab this page-turner by Summer Brooks and immerse yourself in the world of these handsome billionaires and their three feisty women.