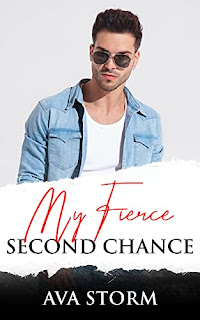 Gillian and I were supposed to get out of this town together
But I f*cked up and she left me behind
I’ve spent the last twelve years trying to prove she made a mistake
I got my shit together and built the top home security agency on the east coast
Now she needs protecting, and I’m the only one she can turn to
“Would you cover for your cousin if he did something wrong?” she asked.
“No.”
“Even though he’s your cousin?”
“No matter who he was.”
“What if it was me?”
I pushed back my barstool. The scrape of the legs on the tile floor made Gillian wince, then her eyes widened as I came around the island.
“It’s just a question,” she managed before I put a hand down on either side of the counter, trapping her against it.
“It’s not just a question, Gillian,” I said, staring down at her. “Are you telling me that you knew what your ex-husband was doing? That you’re complicit?”
Gillian shook her head. “No, of course not. But…just…what if I had, and I asked you to cover for me? What would you do?”
I had no f*cking idea, but I said brutally, “I’d drive you to prison myself.”
I don’t know if she’s innocent or guilty
All I know is she’s back in my life
And I’m going to protect her no matter what
Even if it’s from herself